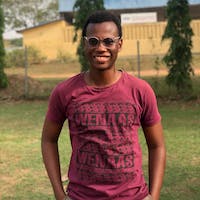 Subscribe to my newsletter and never miss my upcoming articles

The first mistake that people make or what happens in a beginner's mind when they hear Git is that, they try to relate it to a similar word that they know which is GitHub.

Buster: they are different, GitHub is more like a file storage used for keeping files that use Git.

So what is Git? Git is what we call a version control system. Now we have another big word- Version Control System. A version control system is a tool used to monitor changes in your files, during your development process. So it keeps track of the changes that are made to your files. Hence Git helps you to track changes in your files, it helps you determine the changes made to files, who made it, when it was made, and why the changes was made which is usually communicated through commit messages

Before we proceed it is good that we define a technical term which is known as commit. A commit is simply a revision or a change made to a file or set of files. It is like saving a file on your computer. A commit adds the latest changes you made to files in the source code to the repository.

In Git, we have what we call Branches. Imagine it as branches in a tree, so when we start making changes to our files we create a 'master' branch which is like the main trunk of the tree but it might come to a time when we want to make some changes to the files and don't want to do so on the master branch we create another branch which is sort of like a copy of the master branch, but the changes made to files in one branch will not be reflected in the other branches.

In Git, a file can be in three states:

So I hope I pretty much explained some of the concepts you need to understand when working with Git.